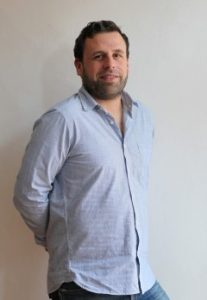 I started fishing when I was about 3 years old. I had a line with a very small float, some tiny lead and a minuscule hook. It was tied on a wooden branch and it didn´t have any lure (worm or grub) on the hook. However, I managed to catch a fish in the small stream I was fishing on my own. Although it is about 35 years ago, I still remember me standing on a tiny bridge and seeing the fish. The fish I caught was about 1.5 cm long and silver. I was so proud to show it to my parents and they told me years later they didn´t except me to catch anything without a lure on the hook. Until today it is still by far the smallest fish I´ve ever caught 😉

Of course I didn´t know anything about fishing rod licences or fishing permits at that time. This was actually not necessary because further on I was either fishing in a small pond from the friend of my grandparents in France or in the Mediterranean Sea around Corsica. The small pond was packed with sunfish and carps. Whenever a carp was taking the grub it just broke the line, as they were way above the weight limit of the fishing lines used. Sea fishing around Corsica was nice, as there were loads of small fish (up to 20cm) in the numerous bays that could only be reached by boat.

Back later, when I was 14 years old, I had a friend in school, Florian, who liked fishing as well. As he was constantly fishing without a licence we decided to do the preparation course and the exam to obtain the German rod licence. And we both passed the exam! I guess nearly everyone who does the fishing exam in Germany has been fishing somewhere before, even illegally and some might have poached even, at least I did. Otherwise the motivation to do the the preparation course and to learn for the exam can hardly been explained.

I still remember learning a lot of useless stuff in the preparation course about which type trout resides in which part of the river and other fish I had never heard of before and yet haven´t seen in reality nor ever caught yet. In the preparation course we didn´t learn how to fish. But we learned also some useful stuff about killing the fish properly (expertly = weidgerecht) so that it doesn´t suffer, taking care of and respecting the nature and the environment, for example never leaving traces of fishing line and collecting rubbish that is found around the shore and on the paths.  I think that is the only purpose of the exam.

During my youth, I was mainly trout fishing in trout stocked ponds, but also in the canal at the back of our house in Hamburg, Germany. And of course I came to visit my grandfather in France. I started travelling to France on my own at the age of 12 and managed to always see him at last once a year since then. In 2016 he died at the biblical age of 96 years.  At the age of 15 I caught my first pike (in France) and started to use fishing lines thick enough to catch carps up to 40 cm, which is something none of my family members ever did. That also helped to land the salmon trouts in the trout stocked pond close to my grandfather´s house when I was at that age. The trout stocked pond is probably the loveliest fishing place I know (see here) and I strongly recommend seeing it if you spend some time in the centre of France.

And then came a period of no fishing at all. That is when you discover that girls and hanging around with people is much more interesting than boring stuff like housework, school, or fishing. Later, during my studies in Hanover I went trout fishing every now and then, that was about once a year. Years later, I met my good friend Maik in the bar in the street we were both living in Hamburg. It took a while until one of us started talking about fishing and another couple of month until we actually went fishing. We started spin fishing for zander in the port of Hamburg. The port of Hamburg is actually one of the very few places in Germany where you don´t need to be member of a club or any additional permit to go fishing (see here).

Maik awoke my pleasure for spin fishing again. I had done it only rarely for pike during my youth and – frankly – I didn’t know much about it! Luckily fishing for zander in the port of Hamburg was very rewarding at that time. Less rewarding were our tries to catch any sea trout at the Baltic Sea near Lübeck.  It was only way later when we were Kayak fishing that we had successful fishing sessions at the Baltic Sea.

After my PhD, I went to Newcastle upon Tyne in England. It took me a while to find out how to find an angling club that I could afford the membership in and that would enable me to fish in the river Tyne. Of course I had to get a fishing rod licence as well, but this is not a big deal in England, as you might read here.  Finally I became member of the Northumbrian Anglers Federation in the north-east region to fish in the river Tyne between Wylam and Newcastle upon Tyne. It was great fishing there.

Most of the days I didn´t meet any human being whilst fishing. When I met other anglers they were not talkative at all. I caught many trouts, mainly with spinners. And I managed to catch the only sea trout of my life (so far). I had so many salmon on the line! However, they always took all the line on my reel or broke the line immediately, so that I couldn´t land any. It was only two month before I left England that I met the only talkative angler during my stay in the UK. It was an old lad and when I arrived he was just about to land his second salmon of the day. I asked if he wanted assistance with the landing net but he denied. Later on we started talking and because he already met the daily catch limit of two salmon he showed me how to do it. He even gave me a plug to catch the first salmon of my life: It was a great experience and I am still thankful to this lad, although I forgot his name.

I could go on and talk about the past years fishing, but I think it´s time to come to an end. The most important news is that I started fly fishing. It is way different to any other fishing technique and so direct. Often you spend more time spotting the fish than actually fishing. I love fly fishing.

Fishing is nothing you learn in a week, a month or even a year. It is lifetime learning and constant progress in the little details that decide whether you are successful or not. It involves being outside in all different types of weather conditions and experiencing days of frustration or great joy. The nice thing is you never know what is coming next and I like that!

Today might be a great day for fishing or not. You might not catch a fish or plenty, or you catch the fish of your life. If you don´t go out, because you are lazy or the weather is bad, or for whatever reason one thing is for sure: You will not catch a fish!

However, fishing is about a lot more than catching fish. For me it is about experiencing nature, meditating and relaxation…